To our Friends and Colleagues in Ukraine,

As President of the LIDC, I would like to affirm that the whole #LIDC community stands in solidarity with you, your families, your friends, and all of your fellow compatriots.

The LIDC was present in Kiev in 2013 and #CRC (Competition Research Center), under the leadership of Serhiy Shershun and Mykola Boichuk, recently relaunched the Ukrainian chapter of our organization.

Since 1930, the LIDC has promoted the respect of the rule of law, which has obviously been endangered, to say the least, last night.

In particular, the LIDC focuses on the promotion of IP law and Competition law.

Competition law is one of the central pillars of the construction of the European Union, which was first created by the Treaty of Rome of 1957, establishing the European Economic Community (EEC). Now comprised of 27 countries and spanning most of the continent, the EEC aims to promote economic integration in Europe and has been a successful means to guarantee peace on continent.

The #europeanunion promotes the six core values of European society: respect for human dignity, freedom, democracy, equality, the rule of law, and the protection of human rights.

The LIDC is a modest contributor to the promotion of these values, and we stand alongside our Ukrainian national chapter to pursue our efforts to defend the progress of humanity, the respect of the rule of law, and peace at a moment where “il y a péril en la demeure”.

A free, democratic and peaceful Ukraine shall prevail.

Christophe Rapin
President of the LIDC 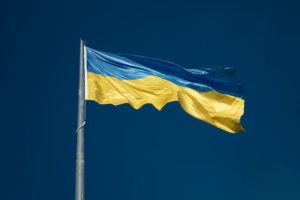 Photo by Yehor Milohrodskyi on Unsplash